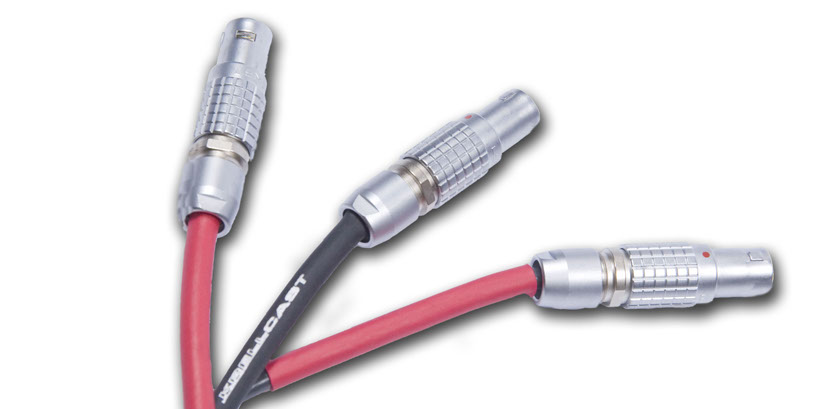 CAST (Current Audio Signal Transmission) is a proprietary technology by Krell Industries, LLC that effectively combines the signal gain stages of components connected in CAST into one gain block. CAST technology virtually eliminates the noise and distortions created from the use of multiple voltage gain stages. A Krell system connected in CAST transfers the signal in the current domain, throughout the signal path to the amplifier output stage where only one current to voltage conversion (I-to-V) takes place. CAST enabled products include a transmitter and receiver circuitry that transfers current from an extremely high output impedance (source) to a low-impedance input (load), minimizing the cable’s effect on signal transmission.

The Voltage Signal Transmission and the Traditional Audio System
Traditionally, signal is transmitted in the voltage domain between two components. In an audio system, each component is a discrete entity with unique characteristics that act upon the musical signal independently. Each component is unaware of the other components in the system. The cables that connect the components also have their own electrical characteristics, which affect the sonic presentation of the entire system. CAST transmission unifies individual components and interconnects into an electrically linked whole. The original signal remains unaltered from source to speaker.

CAST Basics
Here’s how a CAST audio system works. Internally, each CAST source transfers, or amplifies, current using Krell Current Mode circuitry. This current signal is then output using CAST circuitry. When the signal is received by a CAST input, Krell Current Mode circuitry again takes over until the signal reaches the loudspeaker. By maintaining the musical signal in the current domain from beginning to end, an entire CAST system behaves as if it is one component. With CAST, circuit board properties and signal transmission aberrations between components are eliminated. Cable impedances and their effects on the transmitted signal are non-existent.

The Best Musical Performance
When you operate a CAST system, you will hear significant improvements in every performance area: speed, precision, dynamic range, depth and width of the sound stage, transient impact, tonal balance, harmonic distortion, and more. The goal for CAST is the same company goal used for all Krell products. Krell strives for the delivery of the best performance of a musical event for you, using the full expression of technology to date.

CAST® MMF Interconnect Cable
The Krell CAST MMF cable jointly developed by Krell Industries, LLC and Nordost has taken this concept a step further using Nordost’s proprietary Micro Mono-Filament Technology. This technology uses spiral spacing and extruded FEP in a unique construction that creates a virtual air dielectric. The cable uses four silver plated 99.99999% OFC conductors in a Micro Mono-Filament FEP (Fourinated Ethylene Propylene) construction with a dual served shield. The revolutionary Krell CAST MMF cable design combines ease of use with very wide bandwidth and very efficient signal transmission at high speeds by reducing insulation contact with the conductors by more than 80%. The sonic improvements with the Krell CAST MMF cable are immediate – performances emerge from absolute blackness, with the speed, depth and dynamics realized only through the absence of ambient noise.